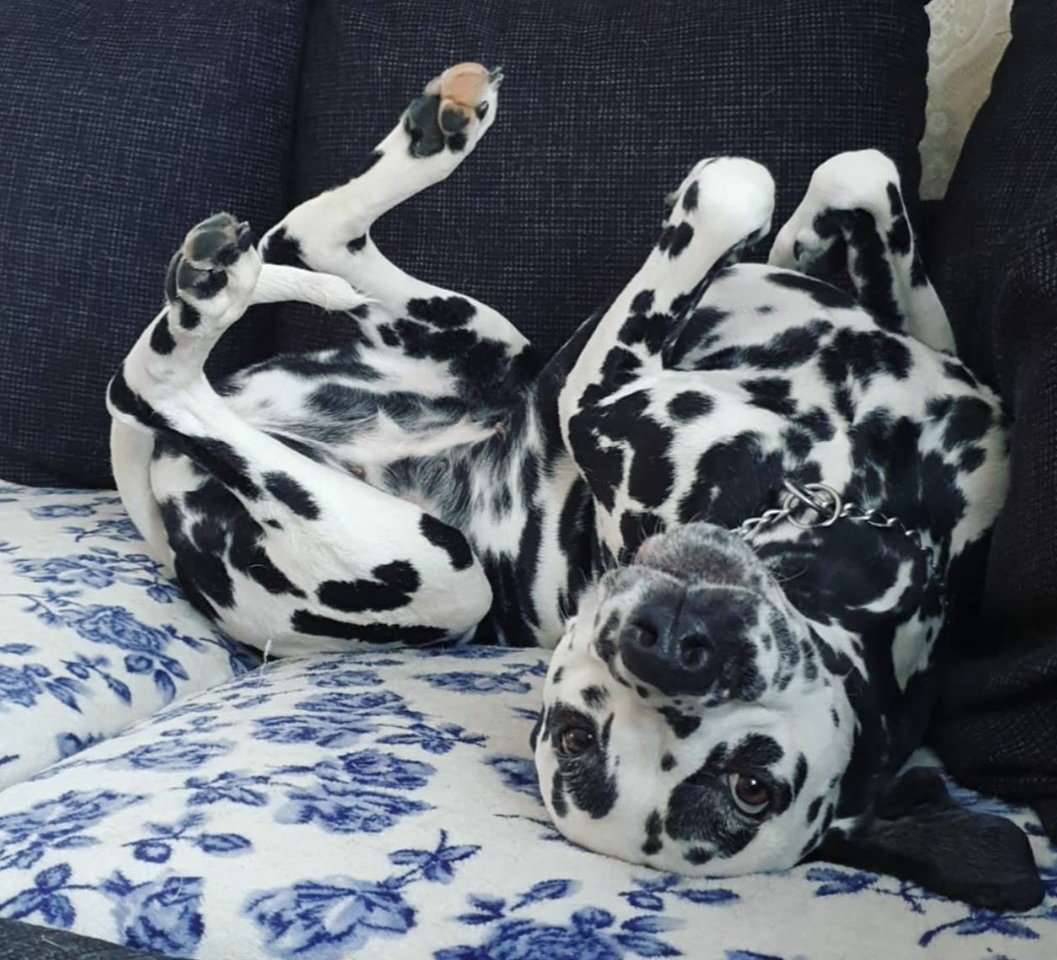 The dog that smiles

The Dalmatian has a very specific characteristic: It is known for “smiling”. It does this by pulling up its lips and showing the entire bite.

In few other breeds this peculiarity is as widespread as in the Dalmatian.

Rupert the smiling Dalmatian that you see in the film here is a good example of what it can look like. Not all Dalmatians smile, (and maybe not as much as Rupert …) but the vast majority.

Dalmatia is a historic landscape in southwestern Croatia. It is one of four provinces in Croatia. In the landscape, located by the Adriatic Sea, there are a large number of islands and several cities that are popular tourist destinations.

It is also the region from which the Dalmatian probably got its name.

There is also the vineyard that produces the wine that they named “The Dalmatian dog” to celebrate the region it comes from. 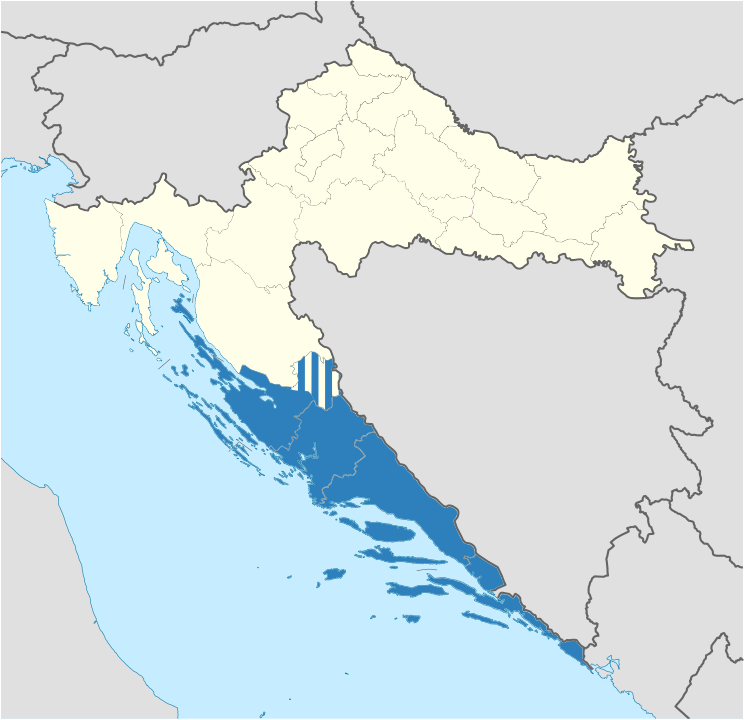 The general opinion is that the Dalmatian spread across Europe with the Roman people. They used it as a farm dog and also as a hunting dog. The oldest depictions of dogs that can be identified as Dalmatians are from the 17th century. From the mid-18th century to the mid-19th century, the Dalmatian was a popular carriage dog in Britain and France.

The dogs ran next to or behind the horse and carriage and had to guard the carriage at the stops. At this time, the Dalmatian was more like a Pointer than a Duster.

The first to call the breed Dalmatian in writing was Thomas Bewick (1753-1828) in 1792 in “A general history of quadrupeds”. In his 1755 natural history, Georges-Louis Leclerc de Buffon used the term Braque de Bengale (referring to Bengal in India).

It was mainly in England that the breed developed and that was where the first breed club was formed in 1890. 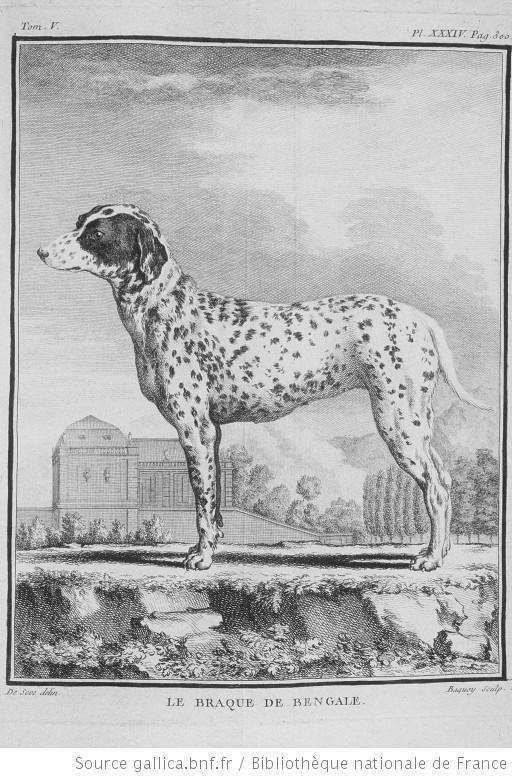 A Dalmatian is very energetic and demands a lot from his owner. It can be a bit brusque and harsh with small children and smaller dogs. On the other hand, it is very family-loving and shares its boundless love equally with everyone in the family.

Dalmatians are known to imitate. They are usually very enduring and is often used as a tracking- or show dog.

The breed needs stimulation, exercise and training every day. Common activities for Dalmatians can be agility, tracking and sled driving. The Dalmatian has an undeserved reputation for being aggressive. 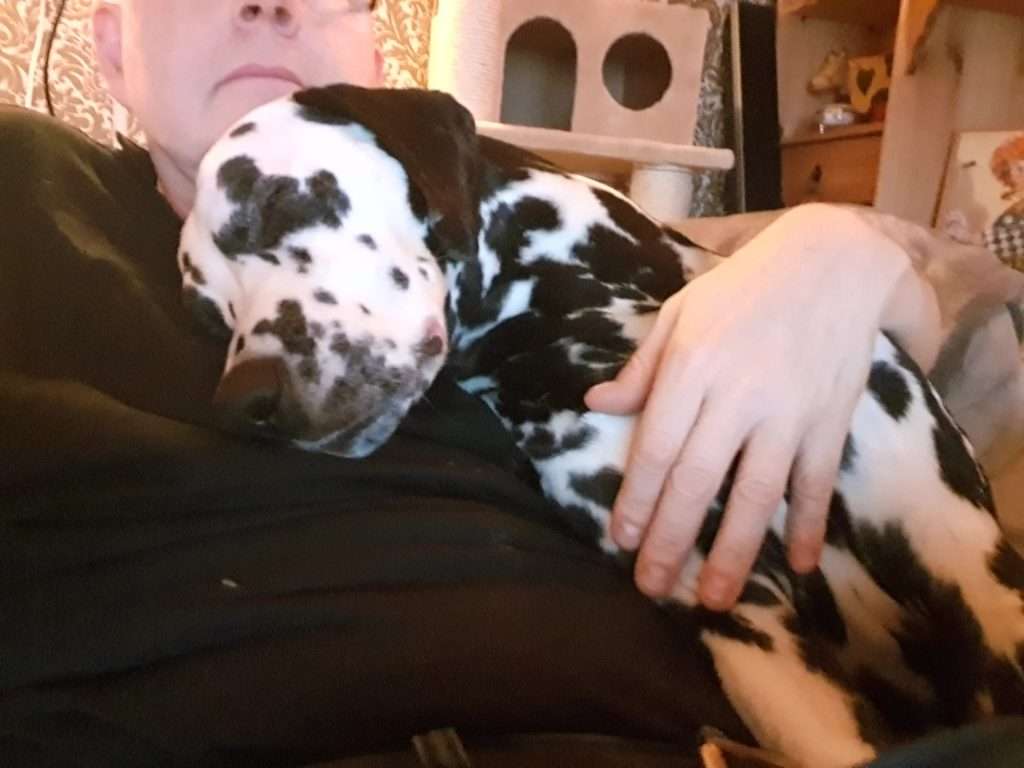 Dalmatians are a medium-sized dog that should be harmoniously built. It should be strong and muscular, but should not be rough or clumsy. The coat should be short, hard and dense, smooth and shiny.

The breed’s fur is fairly easy to care for, but the only downside is that the breed sheds all year round. However, very little compared to other dog breeds. A dryer is a good thing to have when buying Dalmatians.

Show dogs must not have completely black ears and not different colored spots or eye colors. 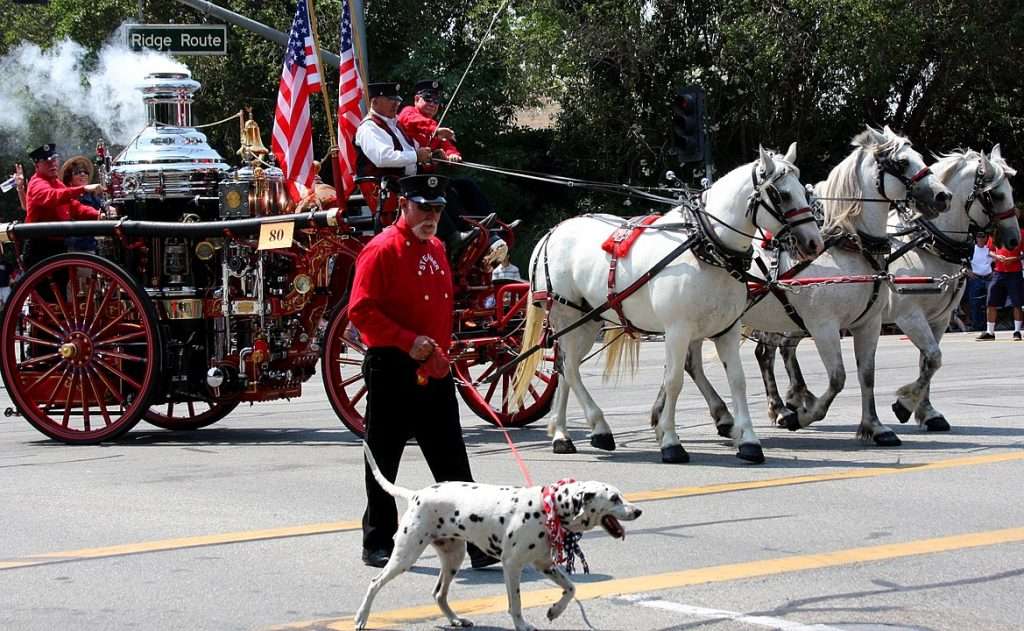 The Dalmatian dog is often a symbol with the fire brigade.
By tinyfroglet – Flickr, CC BY 2.0

It is a healthy dog, which can be alert and playful up to the age of 12-14. It is born all white and has a tendency to deafness, so all puppies are tested.

Dalmatians often suffer from kidney stones and need a lot of fluid. Many owners pour water into the dog food to give the dog enough water to avoid kidney stones. 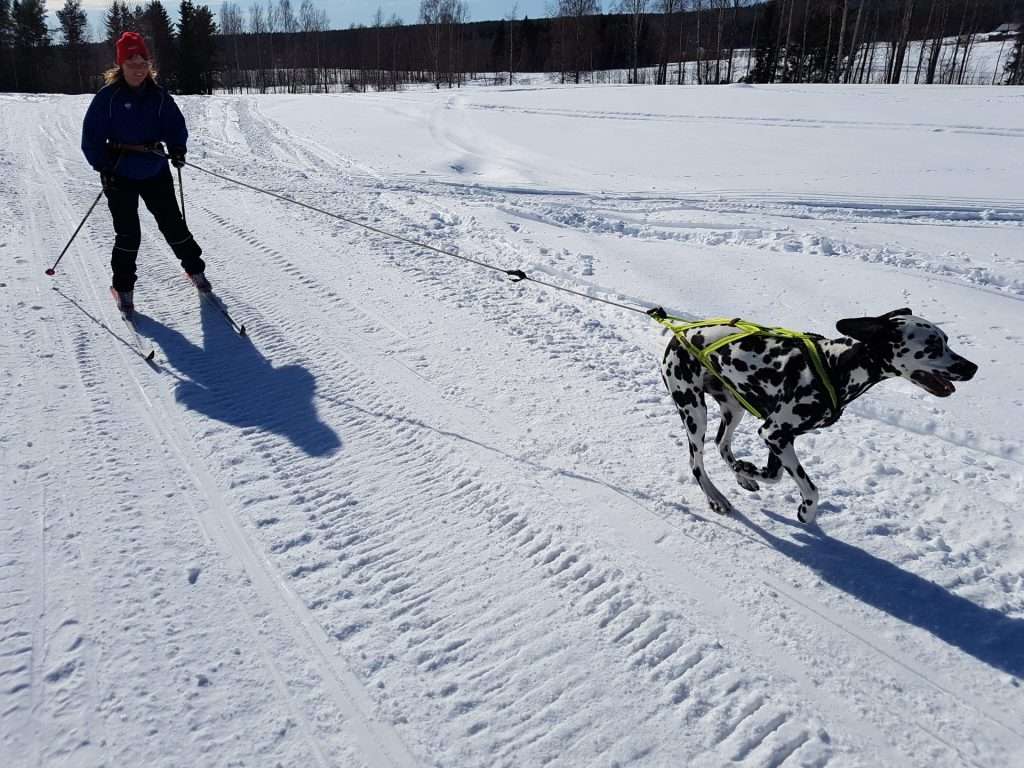 Full speed ahead during the winter. Photo: Anders Alhbin